Projects > A Plan Towards Structural Reorganization (after Kenzo Tange)

In 1960 architect Kenzo Tange developed a utopian master plan for Tokyo. This sprawling development envisioned a series of connected rectangular structures over the entirety of Tokyo Bay. A massive floating city. As a counterpart to this scale is the Golden Gai District, a series of unplanned and emergent spaces west of Tokyo Bay. Golden Gai's cramped and transgressive environs exist at the scale of the body, with narrow alleyways leading to nomiyas (small drinkng places), some with a maximum occupancy of four.

This project brings these two very different visions of the city into proximity.

Installed in one room are wooden rectilinear forms reminiscent of Tange's plan for Tokyo Bay. The wooden forms render the space unnavigable, while a 8-minute looped recording from the ambient sounds of several Golden Gai nomiyas plays in the background. In the second room is a charcoal floor and wall drawing, laid out like a city grid, generated from the cast shadow of structures that occupy the first room. 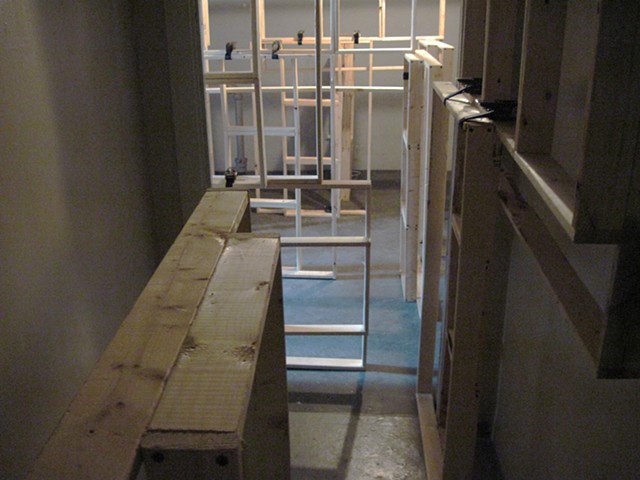 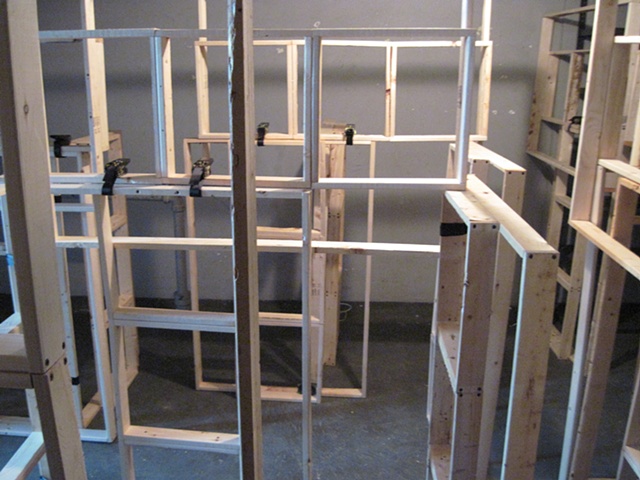 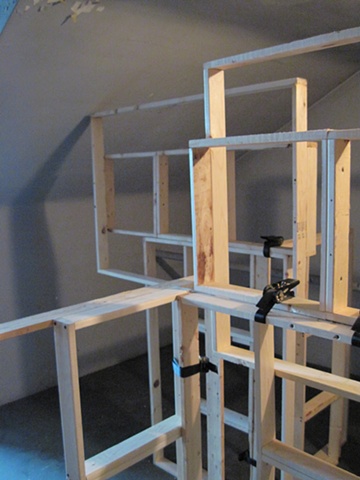 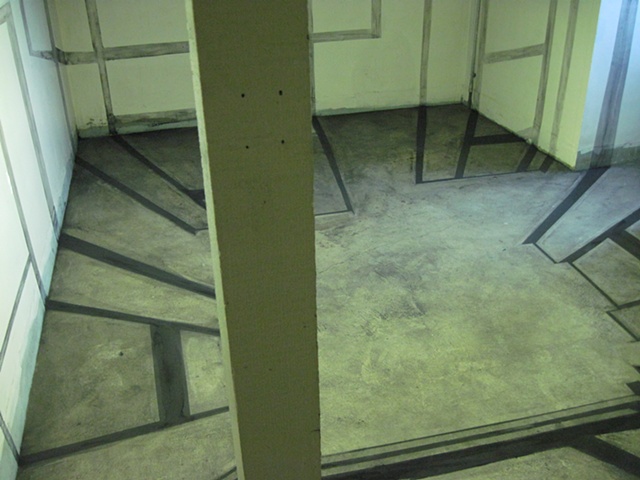 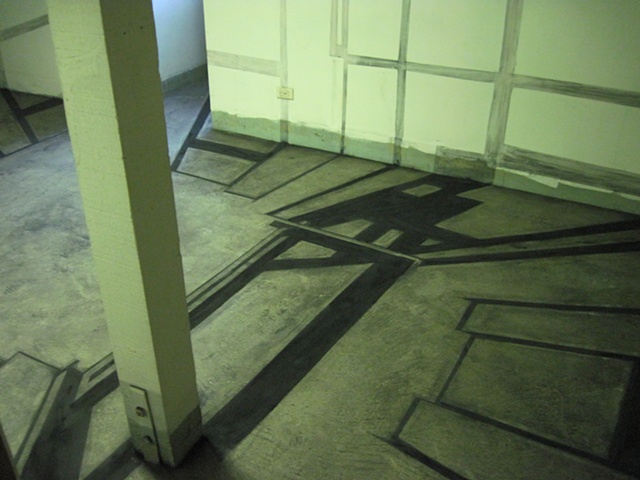 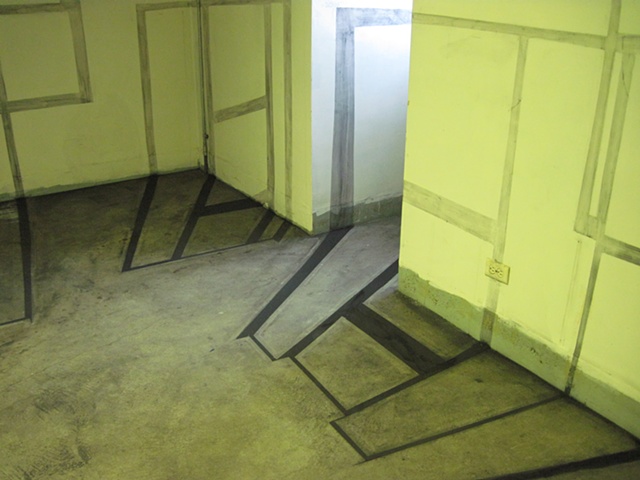 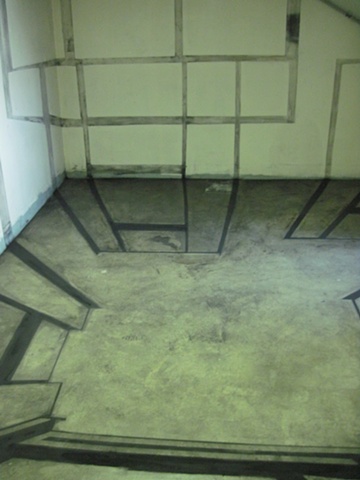