Projects > SUBWAY MAP: a walking tour through the ashes of paris & chicago

Paris/Chicago Burning experiments with two concurrent histories. The map re-imagines the city and provokes a new way to navigate its streets. Fire visited both Paris and Chicago in 1871 and lay to ruin significant parts of each city. The base map depicts the total area of Chicago destroyed during the Great Fire, some four square miles. Overlaid onto Chicago’s fire are ten specific locations burned during the 1871 Paris Commune. These ten locations are organized into a series of routes for walking through Chicago. 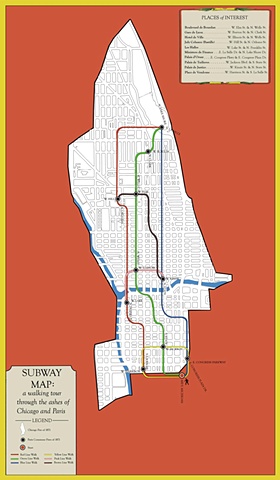 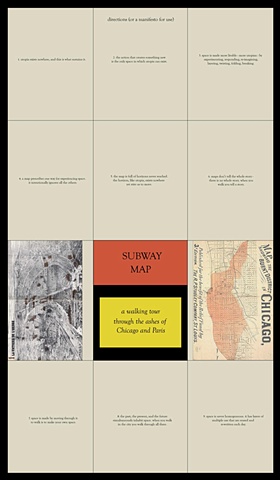 SUBWAY MAP: a walking tour (BACK)